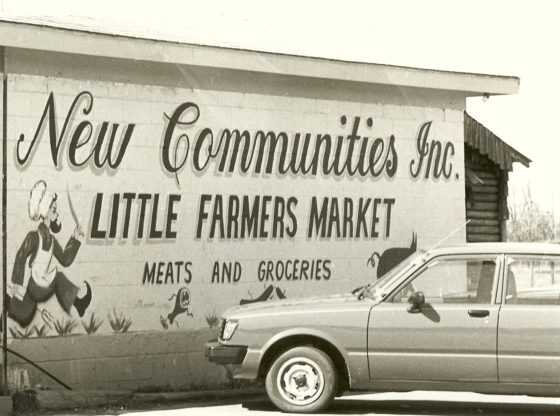 Fifty years ago, a group of civil rights leaders in rural Georgia created the first community land trust in the United States. On this anniversary, Equity Trust celebrates New Communities’ innovation in community-based land ownership, which laid the foundation for the Community Land Trust (CLT) movement that followed.

In the 1960s in Albany, Georgia, as throughout the south, African Americans were facing displacement in retaliation for registering to vote and challenging segregation. Organizers with the Student Nonviolent Coordinating Committee and the Albany Movement, including husband and wife Charles and Shirley Sherrod, and brothers Slater and C.B. King, aimed to create economic security through land ownership for Black farmers. The founding members of New Communities included these and other civil rights leaders, who worked together with peace activist Bob Swann and representatives of the National Sharecroppers Fund to explore strategies to keep Black farmers from being forced off their land. They borrowed from communal land ownership models in India and Israel, and in 1969, incorporated New Communities Inc. as “a nonprofit organization to hold land in perpetual trust for the permanent use of rural communities.”[1] 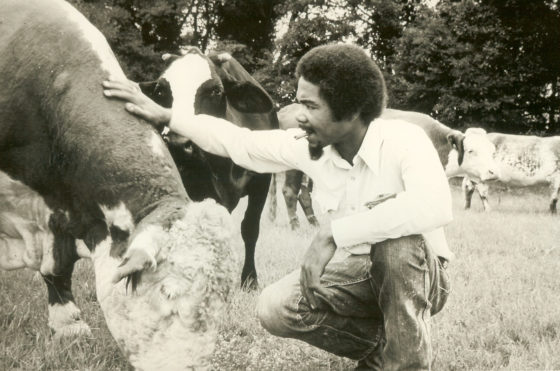 New Communities developed a plan for land held by the community-based nonprofit organization to be leased to agricultural cooperatives and individual homeowners. In 1970, the young organization bought over 5,000 acres, the largest tract of land owned by African Americans in the US at the time. Community members grew peanuts, corn, soybeans, and vegetables on over 1,800 acres and operated a farmers’ market and a greenhouse. They also raised pigs, built a smokehouse, and sold cured meats. According to Shirley Sherrod, “about 10 families had long-term renewable leases to live in houses on the land, and dozens of others worked there and participated in [various] committees.”[2] However, they faced many challenges and most of their profits went to servicing the debt on the land. Systemic racism at the state level blocked promised grants needed to develop housing and thwarted New Communities’ plans to build 500 affordable homes and fully realize their vision.

Another blow came following years of severe drought when the US Department of Agriculture (USDA) denied Black farmers emergency loans that white farmers received. Due to these hardships, New Communities eventually lost their land to foreclosure in 1985.

After a decade-long court battle as part of the Pigford v. Glickman class action lawsuit, brought by hundreds of African American farmers against the USDA for discriminatory lending, New Communities was awarded $12 million in 2009. With the settlement, some of the original founders of New Communities were able to purchase a new home for the organization: a 1,638-acre former plantation near Albany once owned by the largest slaveholder and richest man in Georgia. The perseverance of these leaders, motivated by their commitment to the right of African American farmers to enjoy secure land tenure, led to the purchase of “Resora” in 2011, allowing New Communities to reclaim the space and build a place for racial healing, using the antebellum mansion on the property as a retreat and training center and establishing a working farm, growing pecans and more. New Communities is still committed to its original mission of promoting racial justice and economic development as well as addressing contemporary controversies such as African American land loss, food-related disparities, environmental and economic justice, and supporting other social justice and racial healing efforts. Their vision is summed up in three words: “PRESERVE. FARM. CULTURE.”

Equity Trust’s own work is rooted in the history and experience of New Communities. Bob Swann, a member of the core group that formed New Communities, went on to help found the Institute for Community Economics (ICE). ICE worked to share the CLT model with other communities trying to protect land and housing, and in 1972, published The Community Land Trust: A Guide to a New Model for Land Tenure in America. It was the first book to describe CLT ownership and governance, and shared early examples, including New Communities. Later, under the leadership of then Director Chuck Matthei, ICE promoted the CLT model nationally, supporting the proliferation of CLTs in the 1980s. In 1990, Chuck founded Equity Trust with a related mission to promote equity in the world by changing the way people think about and hold property.

Whereas most CLTs (now numbering over 250 in the US) have focused on affordable housing, New Communities’ original prototype was built around farmland, equity, and social justice. This purpose continues through our projects today. Equity Trust’s work applying the CLT model to farmland brings this alternative land ownership structure back to its roots and emphasizes that the need for equitable and democratic control and stewardship of land goes beyond housing to include all uses of our shared, finite Earth. 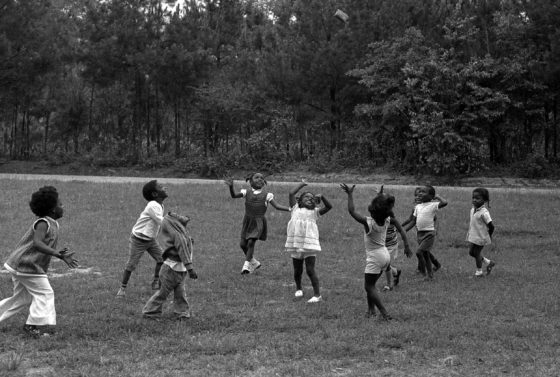 Leaders like Shirley Sherrod have been fighting for greater economic security for African American farmers and their families through land ownership for more than 50 years, yet many of the same needs remain. As we celebrate the 50th anniversary of the founding of New Communities, we are encouraged by the many new organizations building on and expanding this work. The Black Lawyers Economic Solidarity Network, the Northeast Farmers of Color Network, the Black Land and Power Coalition, and the Southeast African American Farmers Organic Network are exploring developing land trusts to secure land for Black farmers; communities such as Wildseed, Earthseed, and Soul Fire Farm are experimenting on the ground, building power and going beyond individual ownership. Equity Trust supports these efforts and celebrates New Communities’ legacy and the inspiration it continues to provide for our work.

To learn more, check out the Arc of Justice film and resources, explore the CLT Roots and Branches website, and read Dr. Shirley Sherrod’s essay on the struggle in the South for civil rights and the land—and the rise, fall, and rebirth of New Communities.