Board of Directors and Staff

Jim Oldham, Executive Director, joined Equity Trust in 2010, bringing with him close to twenty years experience working for social and environmental justice nationally and internationally. Jim is the founder of Las Lianas Resource Center, a bi-national US/Ecuadorian non-profit organization that partners with indigenous peoples for collective rights, environmental protection, sustainable development, and cultural autonomy. Jim was executive director of Las Lianas from 2003 through 2009. Prior to that, he directed Las Lianas’ predecessor, the Amazon Program of ISIS at Hampshire College. Between 2006 and 2008, Jim also worked with inner city communities in Worcester, Massachusetts, as the environmental justice coordinator for the Regional Environmental Council. He got his start in non-profit organizations as a community organizer and then director of a small food bank in Seattle.

Rob Crowner, Loan Fund Manager joined Equity Trust in the spring of 2012.  He manages the Equity Trust Fund, working with lenders and borrowers, and also keeps our financial systems running, tracking budgets and overseeing our books. A graduate of Amherst College, Rob lives in Amherst, MA where he serves on the Planning Board. Rob previously served as a staff person with the Holyoke Community Land Trust and managed the Hampshire College Bookstore.  He likes to ride his bike in the hills and back roads of the Pioneer Valley.

Jody Bolluyt, Vice President is a biodynamic farmer in the Hudson Valley and runs Roxbury Farm, one of the largest CSA farms in the country. Jody grew up in rural Iowa working for large-scale corn and soybean growers during summer vacations. She graduated from the University of Iowa with a degree in biology and botany. In 2000, working with Equity Trust, Jody and Jean-Paul Courtens  secured long-term land tenure for Roxbury Farm on 150 acres of land to which Jody now holds a lifetime lease. Through the help of Equity Trust, Roxbury Farm CSA members, and Open Space Institute, Roxbury is now a protected farm, one of the first to make a new kind of land tenure work, and it is becoming a model for other small farms around the country.

Madeline Miller, Clerk is Strategic Director at Orion magazine. She served as Orion’s Director of Development and Managing Director before becoming Strategic Director in 2016. Projects she developed in her time at Orion have included the prison writing project, the Cuba project, the Reimagining Infrastructure series, and the National Parks project. Before joining Orion, Madeline worked as a fundraiser for NEPR in Amherst, Massachusetts and for several small nonprofits in midcoast Maine. She has a background in sustainable development, food security, and ecofeminism and has been an active volunteer at the Common Ground Country Fair for many years. Madeline lives in Greenfield, Massachusetts, with her family. 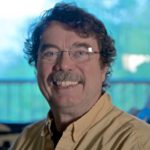 Russ Fox is Faculty Emeritus (Planning and Community Development) of The Evergreen State College, and has a long history of public service in a wide variety of governmental and nonprofit community development initiatives in the state of Washington. He is a founding director of South of the Sound Community Farm Land Trust (SSCFLT), dedicated to preserving farmland in areas south of Puget Sound and to keeping it farmed forever.

Scott Reed, Board President, has worked on land tenure issues in Western Massachusetts for more than thirty five years as a member and director of the Valley Community Land Trust and one of the founders of the Greenfield Area Community Land Trust (now the Pioneer Cooperative of Franklin County). He is a software engineer, green jobs trainer, and retired organic CSA farmer.

Dan Rosenberg, Treasurer is a social entrepreneur and food system activist based in western Massachusetts.  He is founder and general manager of Real Pickles, an organic food manufacturing company producing naturally fermented pickles from Northeast-grown ingredients.  In 2013, Dan oversaw the conversion of Real Pickles to a worker-owned cooperative using an innovative community financing model.  Dan is also active with Slow Money, serving as a steering committee member for the Pioneer Valley chapter. 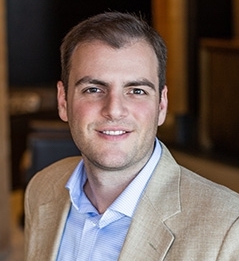 Michael Wallace is an associate at Goulston & Storrs, in Boston, where he has a generalized practice encompassing all facets of real estate law, including land use, zoning, acquisitions and dispositions, financing and leasing. He received his law degree from Boston University and a master’s degree in U.S. History from the University of California, Los Angeles. Between graduate school and law school, he worked for four years as a guide leading hiking and cycling tours in various regions of Italy, during which he deepened his appreciation for historic preservation and sustainable agriculture.